Was I Supposed to Feed Him 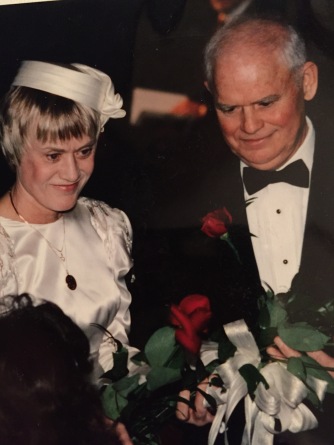 Twenty-five years ago I married my husband.

This year in a marriage often prompts a public celebration, but we are choosing to just be the two of us. This is mostly because my husband has had both a stroke and a heart valve replacement. He does quite well in a one to one conversation but he is not able to follow conversation that takes place in a group.

Therefore, we are downsizing from the (literally) thousand people who attended our wedding to a private dinner. (That large number at the wedding happened because we were both pastors at a large church and we simply invited people through the church bulletin).

So, how do you celebrate when you are the only one with memory?

Or am I the only one who thinks I have a memory?

As I reflect on our marriage vow I am thankful to say that I have been faithful to the obvious intentions of this vow.

Yet, our recent medical appointment has prompted me to think about something not so specifically implied.

My husband’s doctor told him this week that if he were to lose anymore weight he would compromise his immune system and start to look old.

I remember when we were first married going with my husband to his doctor and hearing that he needed to get control of his weight. He needed to lose weight.

I wonder if, as his wife, I was supposed to feed him.

2 Responses to Was I Supposed to Feed Him